The Brothers Grim was a contemporary pop-rock recording group of the early to mid-nineteen-sixties. The Group was managed by Wally Peters who was also the manager of the record department at The House of Sight and Sound, one of Los Angeles’ largest full service music stores. The group’s first record, YOU’LL NEVER BE MINE (a “Pick Hit of the Week” on one of the greater Los Angeles’ areas radio stations), was recorded with hundreds of screaming fans in the background. The record’s flip side was an instrumental featuring the group’s VOX Continental organ player, Chuck S. McClean, entitled SCUZY, which coincided with the release of the Baskin Robbins TM flavor of the month by the same name. One of The Brothers Grim fans heard Wink Martindale mention on his radio show that he saw a marquee for the The Brothers Grim in North Hollywood and remarked that it was a great name for a group. The lead singer and guitarist for the group was J.P. Sloane. The bass player was Ron Coleman who also sang lead and backup. Jeff Allen, the group’s drummer, was a very talented young studio musician. Jeff played the drums on Maurice Williams’ number one hit record, STAY, which also was the cornerstone recording for the all time top selling soundtrack hit movie Dirty Dancing. In the early 1960’s, The Brothers Grim became the first American group to be featured with Vox Amplifiers and guitars which were made famous by the contemporary British group, The Beatles. Joe Banaron, CEO of Warwick Electronics Inc. and President of Thomas Organ, the United States distributor of Vox, along with Bernard Stockly (of London), importer to the United States of the Royal Warranted, Challenge / Eavestaff pianos, arranged for the boys to have full use of the five foot tall AC 100, which later became known as the “Super Beatle,” along with other Vox amplifiers. In one of the company’s in-house publications, Ron Coleman and J.P. Sloane were featured standing back to back against the big Vox AC 100 Amplifier. When the group recorded their second record, a cover of Del Shannon’s RUNAWAY, they utilized an actual flute instead of using an organ with a flute setting as was done in the original Shannon version. However, before the release of this record, it was time to renegotiate their contract. It was also at this time The Brothers Grim were under consideration for an appearance on the hit TV show, Shindig, along with an appearance scheduled for the Los Angeles areas popular TV dance show,9th Street West, a program hosted by Sam Riddle (KHJ-TV Channel 9) who went on to produce Star Search. Unfortunately during the renegotiations of their contract, bass player Ron Coleman backed out of the contract and decided to leave the group. Ron later went on to become the bass player for another “brothers” group…  The Everly Brothers. With the exit of Ron Coleman, The Brothers Grim hired a new bass player to finish the group’s commitments and television appearances. The second record was never released and The Brothers Grim broke up after their commitments were completed. J.P. Sloane formed and toured the U.S. with a new group called J.P. Sloane and Co. He also did feature appearances throughout the Mid-South with rock and country music legend, Charlie Rich. If you have any more information on this group, have a copy of their record you could share or know anything about what the other members went on to do, please contact: update@thebrothersgrim.info 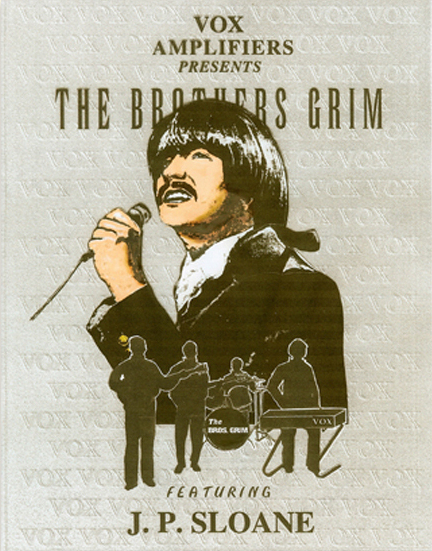 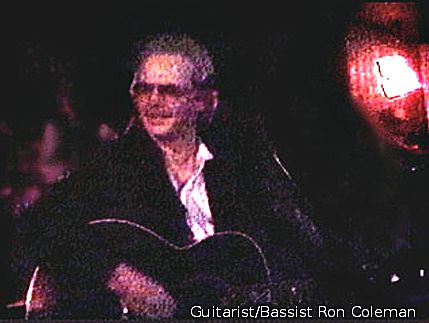 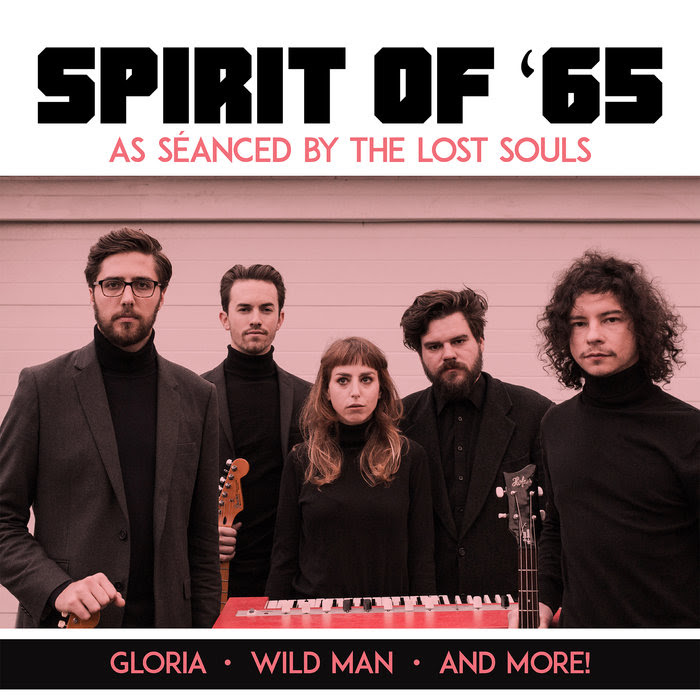 The Brothers Grim have been honored by having a  “cover” of their song, “You’ll Never Be Mine,” recorded by a Cape Town, South Africa band known as The Lost Souls.” Imitation is the sincerest form of flattery! 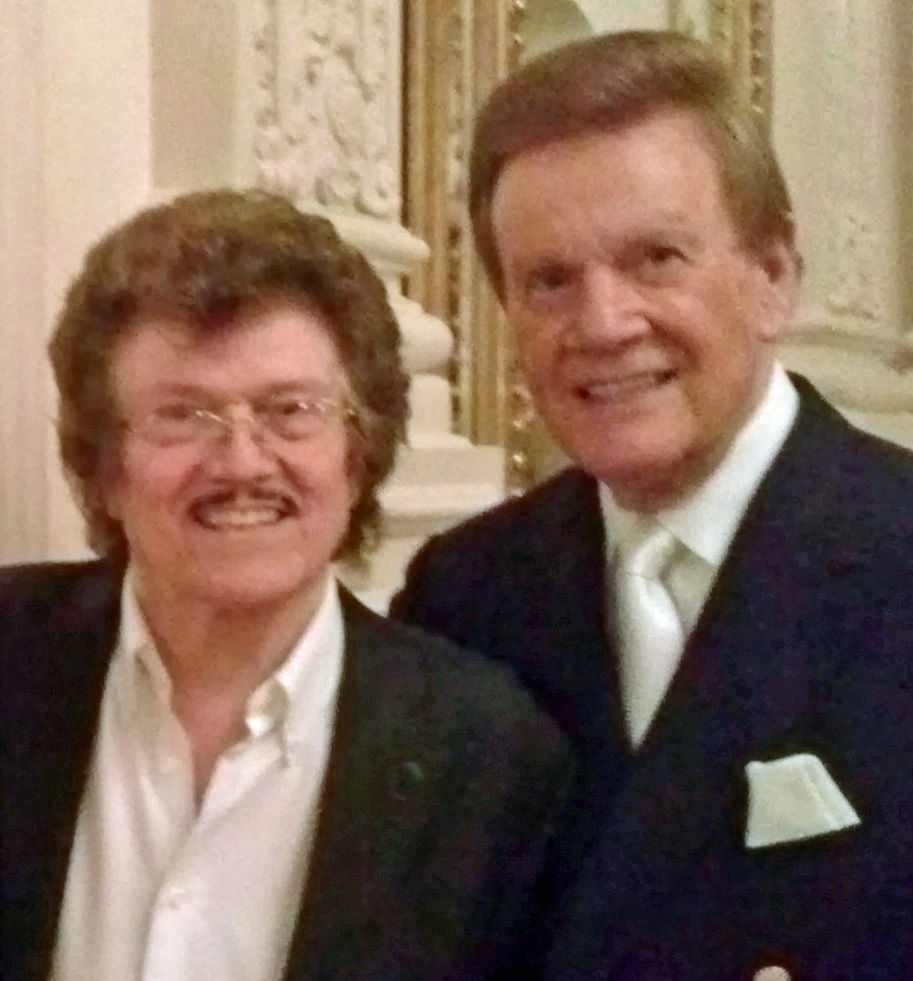 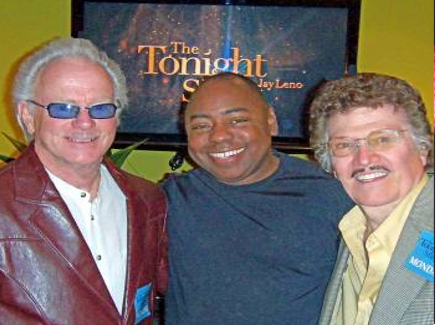 Erin writes: I loved the Brothers Grim and went to see them perform many times so why are they listed on the Internet mostly as a garage/punk band? Every time we saw them they acted and dressed really cool and played all our favorite songs of the sixties. I’m so confused!!! Erin R. Hollywood, CA Dear Erin- Perhaps its a few reasons. First of all “garage band” is a term used for unknown amateurs that presumably got together and practiced in their garages until they become known by playing local gigs or teen parties and the local high school sock hops, etc. However, The Brothers Grim consisted of Hollywood studio musicians as the above page testifies too. Another reason could be the name of their record label which originally was titled “Triple Tigrrr.” The reason for this name was due to the great demand by their fans for a record and their manager created his own label for them to record on and when doing so, because of the rush to press, was advised by the record manufacturer to use a name that nobody else would possibly have until copyright clearance could be established for “Tiger” records and that’s how the label came about. Lastly one of the recordings the boys made was called “Scuzzy” and in the Punk genre that seemingly cruddy sounding name may have been the motivation for those who classify to place The Brothers Grim as “punk.” Many of the websites are run by music lovers who were not born or very young in the sixties and that too may be part of the reason. Another possibility is that in recent years several hard rock groups have copied the name and “guilt” by association may have come into play. Of course the title “Scuzzy” as stated above was not as nefarious as it may sound today but was simply the boys playing off of “Baskin Robbins” flavor of the month which was named “Scuzzy.” Whatever the reason they call The Brothers Grim a “garage group” a “punk band” or a “Top 40 rock band of the sixties” we appreciate the thoughtfulness of including them in all of the various websites around the world. Thanks for writing Erin; We hope we’ve been able to clear that up for you. *********************************************************************